It’s instilled in us from an early age that long term relationships and commitment are the cornerstones of society. Everywhere around us the vast majority of society strives for happy, monogamous relationships in the hope it brings them happiness. The truth is that divorce rates have fallen as more couples are staying together according to the Office of National Statistics (ONS) statistics. In fact divorces have dropped 1.7% with 117,558 in 2011 as opposed to 119,589 in 2010. The figure below clearly shows that there are many fewer marriages and many more divorces than 70 years ago.

It’s clear then that monogamy and marriage is not for everyone. Glamour Magazine recently published the results of a casual sex survey by TRES SUGAR and SELF, both are online entertainment, fashion and relationship websites. The scope of the research was relatively small with around 2000 respondents across an age range of 18 – 64.Perhaps unsurprisingly 82% of respondents have engaged in at least one casual sex experience. Worryingly only 57% always use a condom. Interestingly 36% met their casual sex partners through friends and 28% through work of school. But what about the rest? It’s a fair assumption that some will have engaged in no strings sex with strangers they met in bars or in a social environment of some description. There’s no doubt also that sex dating websites play their part. Below are the result of a survey by http://postyour.info/ which suggests that around 56% of respondents approve of and think that casual sex is normal. The scope of this survey is unclear it considers both sexes and all ages.

According to The Daily Mail casual sex amongst students in particular is on the rise. They report that 72% of students have had at least one one night stand (not drastically different to the reports carried out by TRE SUGAR and SELF mentioned earlier) but that there’s also a 19% (since 2002) increase in those saving themselves for the right person. Sociologist Teresa Downing-Matibag of Iowa State University is also worried that the internet is becoming a subs

titute for real relationships. Webcams and advances of technology online means that many teenagers have the ability to engage sexually with others via webcam whilst remaining a virgin.

So why is casual sex such a hot topic? Relationship therapist Rachna Kothari suggests that it’s as simple as a new generation believing that they live in a society where individualism is the ultimate goal and if two friends are sexually attracted to each other and can be of mutual benefit without the strings then it makes sense. Even casual sex with strangers makes sense for some. With sex dating websites like Local Sex Search.com and Adult Friend Finder providing exactly what people want it’s relatively straight forward to find sex, even the same day.

There’s no doubt that attitudes towards sex and relationships are constantly changing. In a society that’s much freer than ever before the stigma attached to casual sex and fuck buddy relationships is diminishing. Whether or not that’s a good thing is a matter of personal opinion. 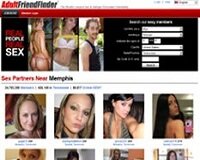